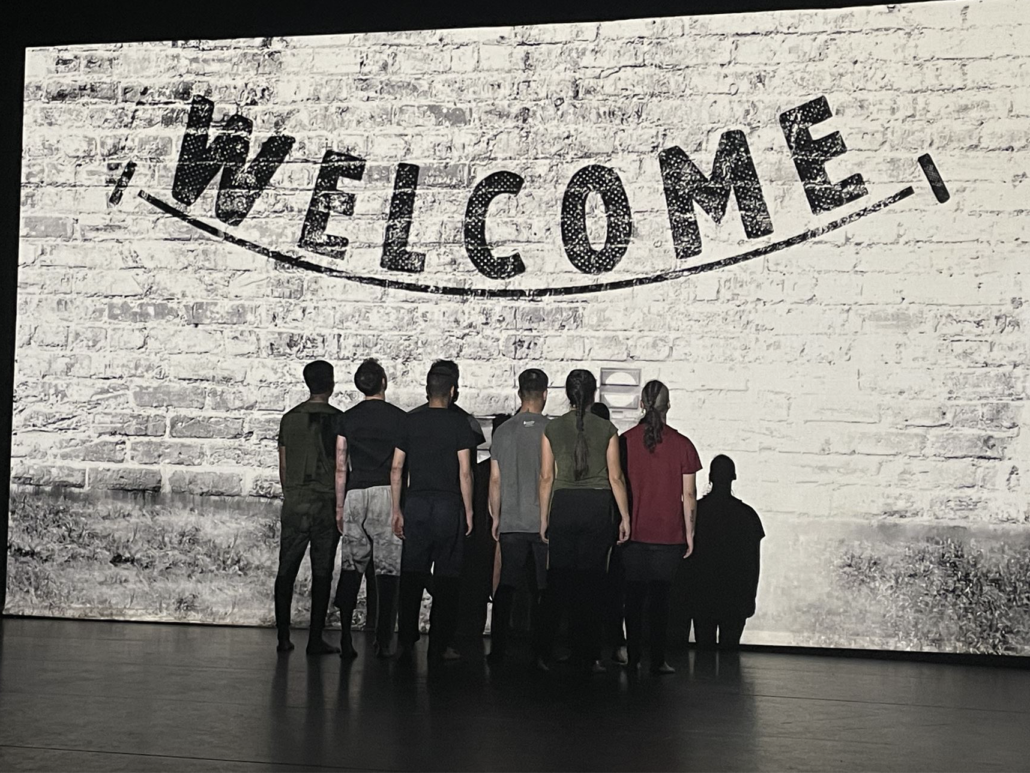 The program Solidarios, from Canal Sur Televisión, visited TNT a few weeks ago during the general rehearsal of ‘Sueños en travesía’, the final show of the European Program FATE-Future Academy on Tour in Europe. The objective of the project, in which TNT participates together with other European institutions, is the integration of migrants and refugees from different countries in Africa, Asia and America into the performing arts. Juana Casado, director of Andanzas, has been in charge of making the participants turn their personal stories into dramaturgy, so that they could speak, express themselves and tell how they live their reality.

In addition to Spain, other countries such as Serbia, Italy, Germany and the Netherlands participate in this project in which most of the members are not professionals. Those who are dedicated to theatre and the arts professionally agree on how rewarding it is for them to prepare actors and actresses with these experiences and share other cultures and traditions, interact with different people, because that means contributing different points of view that enrich and help Open the mind.

Last month, ‘Sueños en travesía’ (Crossing Dreams) premiered in Amsterdam at the ExploreZ Festival as the culmination of a year of workshops and research. The montage will open next autumn the MITIN Festival on TNT together with the proposals of the other countries of the program, led by the ZID of Amsterdam. After its premiere in Spain, the members of the project, Nando Estévez (Ecuador), Natalia Miranda (Chile), Paula Fernández (Mexico), Billal Siasse (Morocco), Mohamed Hatim (Morocco), Mohamad Hamo (Syria), Pedro Bidón, Alejandro Castro and Laura Krivakova (Slovakia), will present the show in several cities.

The program, the sixth in which TNT participates, has been a very exciting and enriching experience for everyone and one more example that ANOTHER THEATRE IS POSSIBLE.

Germany Serbia Spain The Netherlands
By continuing to use this website, you agree to the use of cookies.Accept Read More
Manage consent