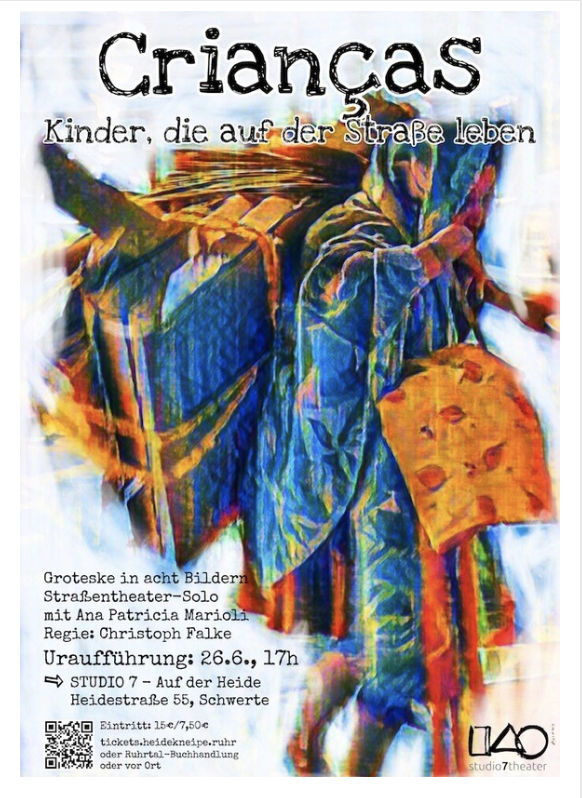 You are cordially invited to the premiere of the new play by STUDIO 7 Theater from Schwerte, Germany!

CRIANÇAS – Children living on the streets

The child lives on the street with his doll. Its interior is filled with music. It’s starving. It plays and dances. It feeds on what is thrown at it and stumbles through the grotesque dream of a brighter new world. In every absurd failure, the child finds a new beginning.

The performance by STUDIO 7 Theater tells the story of a street kid who tries to survive on his own and only accompanied by his doll. In a world that threatens to suffocate from its own abundance, it runs through situations of Kafkaesque humor.

With her wordless presence, Ana Patricia Marioli leads through images from the fringes of our society. Dancing and with grotesque comedy, she nourishes the desire for a world free of hunger and violence.

Germany Italy Serbia Spain The Netherlands
By continuing to use this website, you agree to the use of cookies.Accept Read More
Manage consent