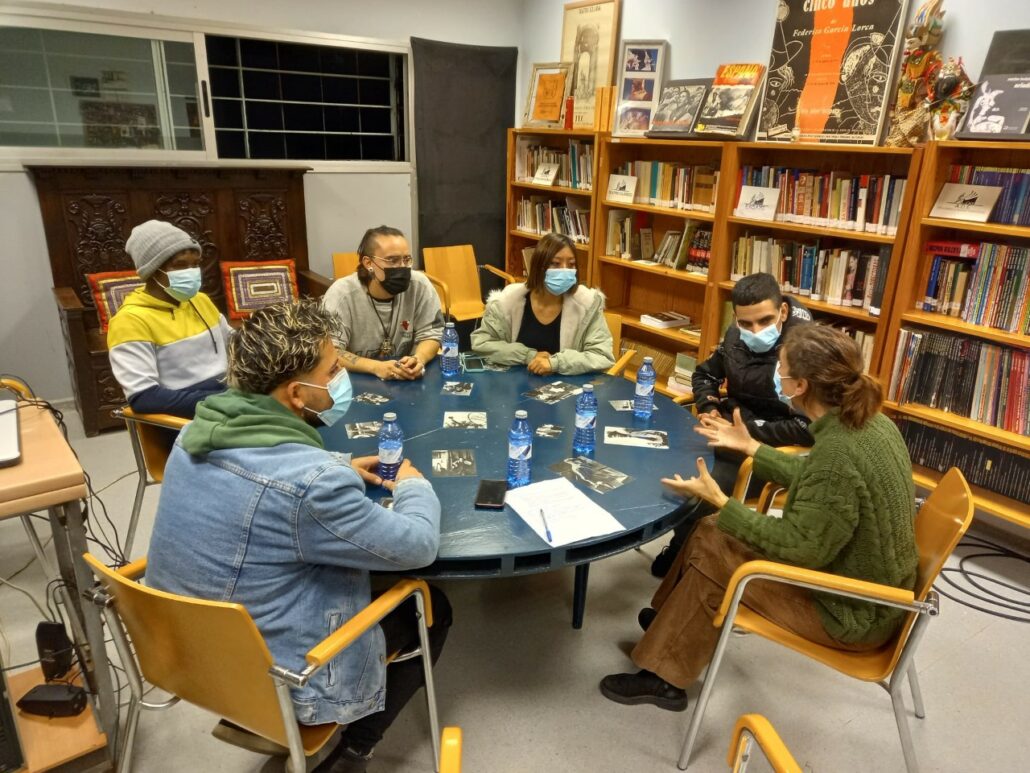 We are entering the new phase of the FATE project, a project in which TNT Atalaya is collaborating with other cultural institutions including, ZID Theater (Amsterdam), Social Community Theater (Turin), Dah Teatar (Serbia) and Studio 7 – Theater (Germany) to integrate migrants and refugees into the field of performing arts. Over the course of twelve weeks of artistic training, the participants, from different countries in Africa, Asia and both Americas, are immersed in the creation of theatre based on their own experiences, under the direction of Juana Casado. Afterwards, they will start the assembly and rehearsals and, finally, they will premiere their show next May at the ZID Theater in Amsterdam. Subsequently, the show will tour various Andalusian cities and in Autumn 2022, it will be presented alongside the shows of the rest of the project partners as part of the MITIN programme at TNT.

For more information about TNT Atalaya and their participation in the FATE project visit: https://www.atalaya-tnt.com/nueva-fase-del-proyecto-europeo-fate/