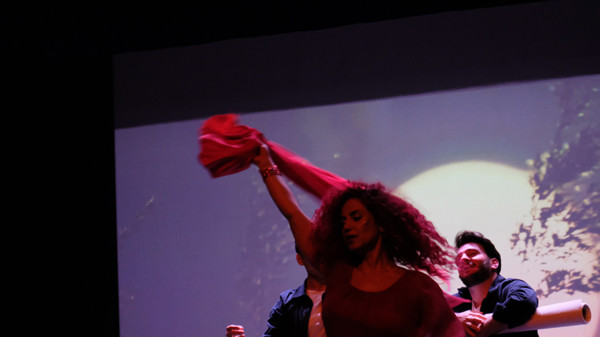 Saturday December 18th at 5 pm FATE presents a preview of their performance ‘Ik Verloor Mijn Angst..’ (I Lost My Fear..). This is followed by a Syrian evening with snacks, music and stories.

FATE is a group of young talents from different countries who participate in an international trainingprogram at ZID Theater. This year they are developing their own theater production together with the artistic team of ZID.

The performance
Ik Verloor Mijn Angst… is an interdisciplinary performance that questions what fear is and what happens when we overcome the fear we experience. From theatre, dance, music and animated projections, we follow different actors who take the audience along a lively story of a new generation.

We see young people who do not fit into the frameworks that society forces them into. Within this performance, their different stories and perspectives on fear come together in a musical, energetic and emotional montage.